ALBANY, NY (October 28, 2019) — For the first time in history, the spending gap between rich and poor school districts in New York State now exceeds $10,000 per pupil.

New data released by public school advocacy organization Alliance for Quality Education shows that between 2007 and 2009, when the Foundation Aid formula was being implemented and funded, the opportunity gap was steadily decreasing. However, since Andrew Cuomo took office, with his staunch opposition to the equitable Foundation Aid formula, the gap has spiked dramatically from $7,728 per pupil to $10,213, a whopping 32 percent growth. (See graph below). 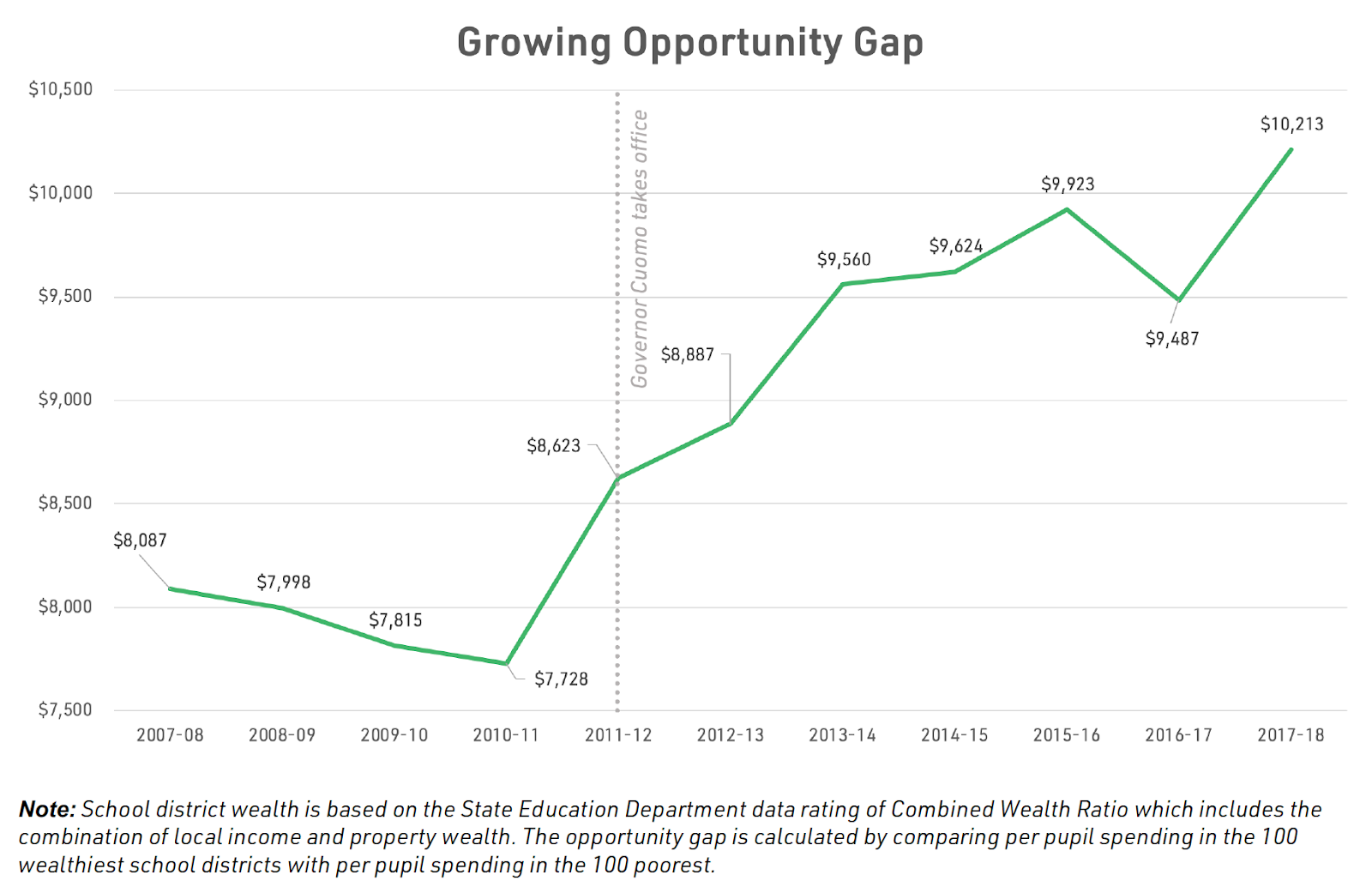 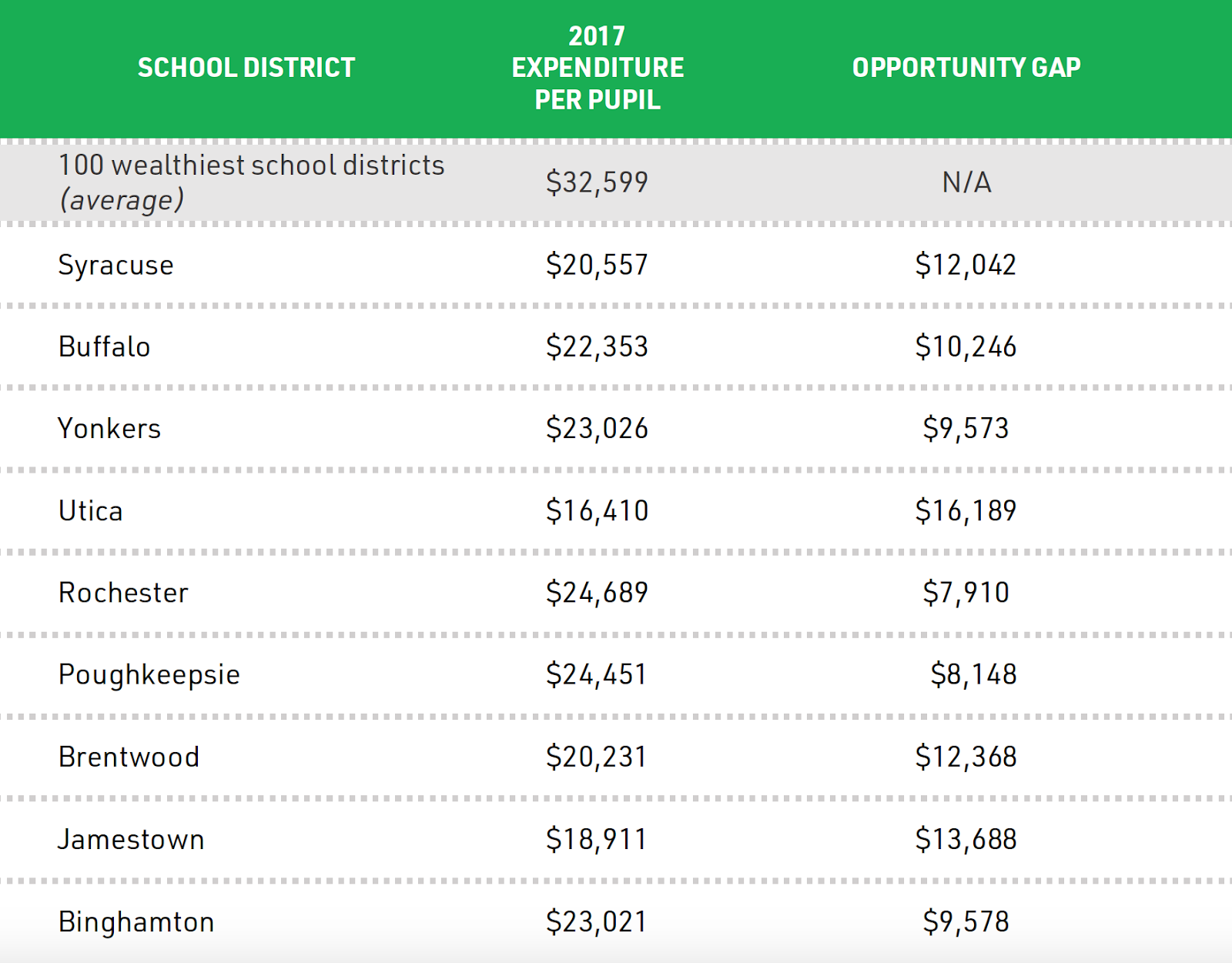 In underfunded high need districts, this gap translates into students in classrooms with over 30 students, guidance counsellors who are responsible for as many as 730 students, a severe shortage of teachers for English language learners, not enough access to music or art, and other shortage of other essential educational and enrichment opportunities.